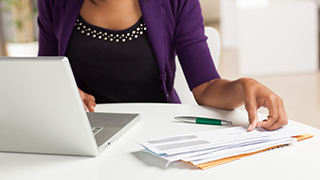 After attending a financial literacy seminar at her credit union Sally, a 35-year-old public servant wondered if she made a mistake six months ago when she accepted a loan sale offer from another financial institution. After talking to the seminar facilitator he recommended that she find out how much money she owes now that the loan is half way through its fist year. In her haste to get the money to fix her mother’s kitchen cupboards last Christmas, she really didn’t read the fine print on the loan documents. She didn’t think she needed to, as the loans officer was quite efficient and extremely friendly.

Her enquiry revealed that the loan balance was approximately $33,900 and not $26,500 as she had estimated after multiplying the installment of $1,424 by six months and subtracting it from the $35,000 borrowed.

Disappointed that the balance was still so high, Sally rushed back to her credit union to make a share withdrawal to pay off this debt. The credit union representative told her she could only access $10,000 because the balance on her share-based loan (with payments of $1,253) was $40,000. Sally also owes $20,000 on a credit card on which she pays an average of $850 per month – she wondered if she should put the $10,000 towards this debt to get out of debt faster. Seeing her distress the credit union representative calmly suggested that she consider consolidating all of her debts but Sally believes it does not make sense digging one hole to cover another.

What happened to Sally is not unique as it is extremely easy to say yes to what seems like free money or money with few strings attached. Sally was presented with $35,000 on a platter, with no security and relatively small monthly payments of $1,424. In the excitement she omitted to pay attention to the details especially the overall cost of borrowing.

With loans of this nature the risk to the lender is very high so to compensate they would charge a very high interest rate. Apart from interest it is not uncommon for the borrower to pay – up front – a negotiation fee of several hundred dollars and a premium for group creditor’s life insurance in event of death of the borrower.

[Definition: Amortization is the reduction of the principal of a loan by regular payments after accounting for the monthly interest cost charged on the reducing loan balance]

As regards to her credit union loan, this has the least risk to the lender as it is fully secured by shares, as such the interest rate would be the lowest. Rates may range from 8% to 12% or higher per annum depending on how much of the loan is unsecured. Sally would also receive annual dividends on her shares, which subsidizes the overall cost of borrowing. It is not surprising that the credit union representative suggested a consolidation.

By combining all of her debts into a single loan at a lower interest rate, Sally would drastically reduce her monthly payments, freeing up disposable income and allowing her to either save for future goals or improve the quality of daily living. Additionally her credit union would likely not charge a fee for processing the loan and the loan life insurance coverage would be included at no cost.

Whilst consolidation may improve Sally’s present financial position, it is not difficult to slip back into expensive debt. She must think carefully before borrowing and focus on needs versus her wants.